Traditionally many guitars are built from exotic, sometimes rare tonewoods. These are not always renewable and have to be imported over large distances. I am convinced that superb guitars can be built from indigenous, European tonewoods, thus using only renewable sources and reducing the CO2 footprint of the instruments. Since I feel it is my responsibility as an entrepreneur to contribute to a better use of Earth’s resources, I intend to use European and possibly North American tonewoods only in the future.

Dilemma #2 will be a first attempt using Birdseye Maple for the back and sides, Golden Rain (Laburnum) for fretboard and bridge, Alpine Spruce for the top, European Alder for the neck and French Walnut for the rosette and peghead veneer. I have also acquired a nice stock of French Plane (Platanus Acerifolia) for necks, backs and sides of a series of new instruments and found a source for great Bearclaw Spruce (Haselfichte) straight from the saw mill in Austria! 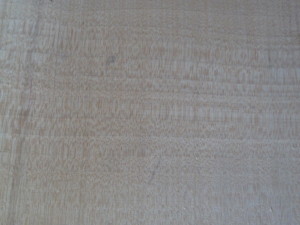 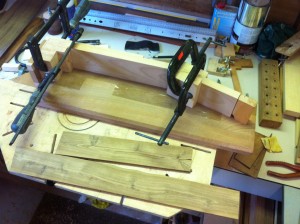